Rigby is a small town located between larger towns Idaho Falls and Rexburg. It is located in Jefferson County. As of 2017, it had a population of 4,018. 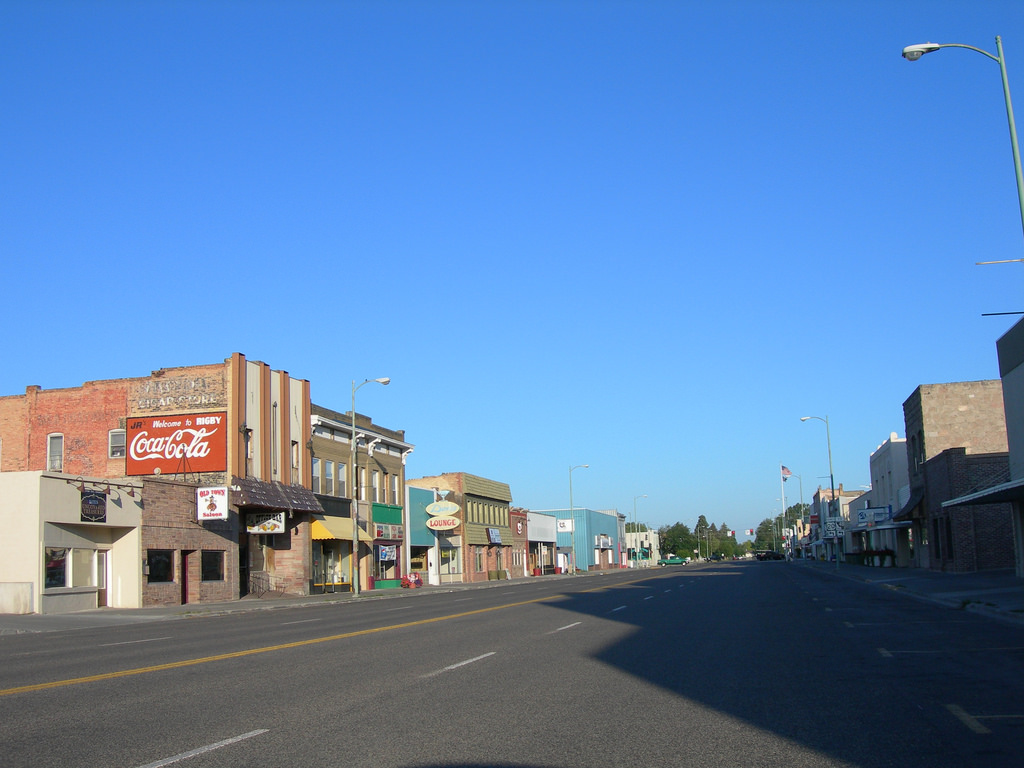 Rigby was settled in 1884 and incorporated in 1903. The community was named after William F. Rigby, a prominent early settler. Philo Taylor Farnsworth created his first set of blueprints for television while he was a Jefferson County resident. Not too long after that, he created a tube television. The original tubes were on display at Rigby Highschool for many years. They now reside at the Jefferson County Museum in Rigby. 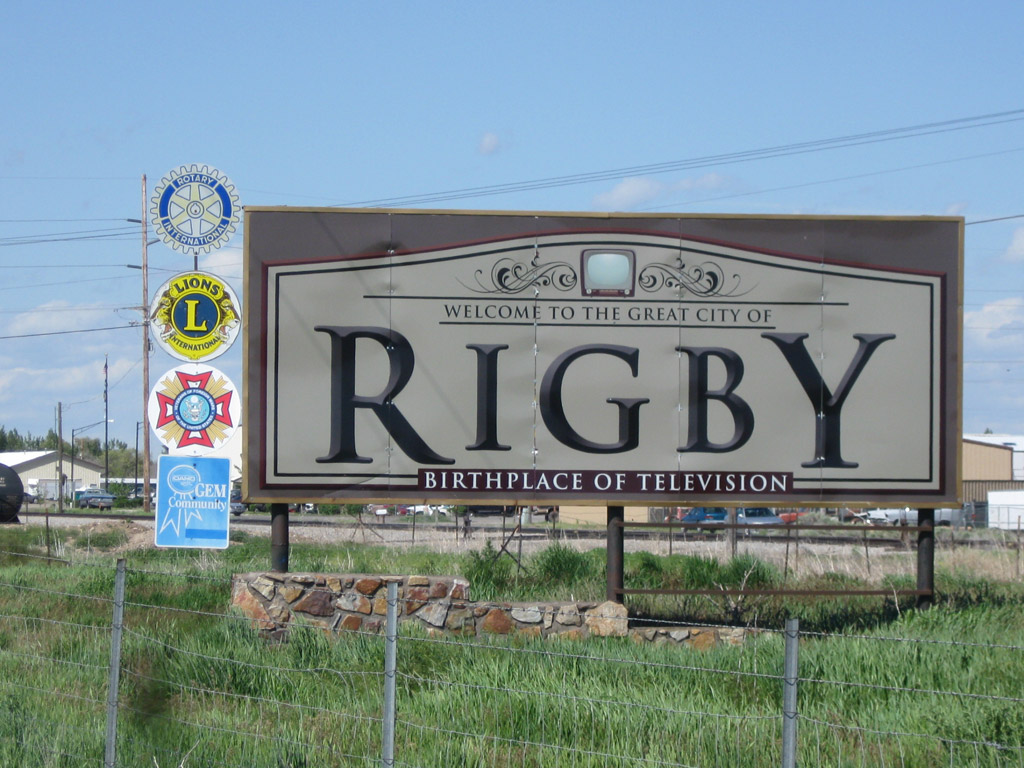 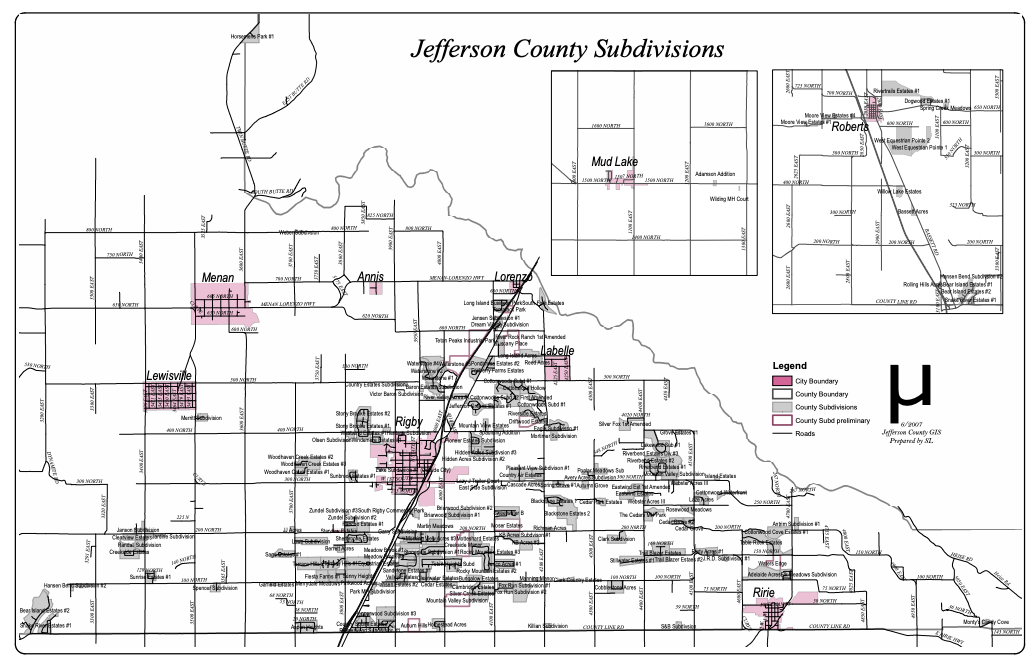 $799,000
2152497 MLS
COUNTRY LIVING DREAM with access to everything a nature lover would want. 30.3 acres of prime land FOR SALE near Ririe Idaho with views of the mountains and only minutes from fishing on the Snake River, hunting in the mountains, swimming and golfing at Heise Hot Springs, and skiing/biking at Kelly Canyon ski resort. The ground is category one and comes with water rights and a canal that runs through the property. There are 2 division right on the property. About 18 acres was in grain in 2022 and 12 acres in hay. Land is located in a wonderful community and part of the Ririe school district. The Palisades Reservoir, the Grand Teton National Park, and Yellowstone National Park are all within two hours from the property.

$339,000
4 Beds ⋅ 2 Baths ⋅ 2152489 MLS
This is a GORGEOUS, substantially renovated home in the heart of Rigby. Most recently renovated is an entirely new bathroom in the basement with a beautiful new tiled shower. The upstairs bathroom was renovated within the last 5 years. This home has lots of windows to let sunshine in. The exterior was just repainted this past year. Outside you will find a sprinkler system and 4 fruit trees. Two are apple, one cherry, and one pair tree. The backyard is fully fenced in and perfect for kids, dogs, or someone looking for a little bit more privacy. The furnace has been serviced every year. The water heater is only 1 year old. Hardwood floors are found throughout the main floor including under the carpet in the two upstairs bedrooms. The home includes a full garage with an automatic opener and shelving that can either stay or go dependent upon buyer preference. The home is located within walking distance of the elementary school, a city park, and many other amenities. This home is a must see. Call today to schedule a showing!

$575,000
4 Beds ⋅ 2 Baths ⋅ 2152464 MLS
This Country Charmer on 1-acre is the perfect mix of rustic and modern! This 4-bedroom, 2-bathroom home is just what you are looking for! This property is a true gem, with a spacious living room, formal dining area, and huge kitchen. High ceilings with large windows invite lots of natural light as you stay warm by the wood stove that provides enough heat to warm the entire house. Each of the four bedrooms are comfortable and just wait until you see the Primary bedroom!! You will love how spacious it is with views of the beautiful backyard which features mature trees, fruit trees, and a fully automated irrigation system, making it easy to maintain the lush, sprawling grounds. With two out buildings, perfect for storage and a 2-car garage, there is ample space for all your needs. Located just minutes from shopping, dining, and Rigby Lake this property is a rare find and offers a unique opportunity to own a piece of paradise. Schedule your showing today!"

$95,000
2152461 MLS
This .5-acre commercial lot in Jefferson County is a prime location for your business. Conveniently located between Idaho Falls and Rexburg, with quick access to Highway 20, it offers endless possibilities for growth. The well-established business park, which features The Prepared Pantry, Flips Gymnastics & Rocky Mountain Utility, attracts regular traffic and provides a desirable setting for your business. Consider this incredible opportunity today!

$350,000
3 Beds ⋅ 2 Baths ⋅ 2152427 MLS
One-level living with no steps in or out (even to the garage)!!! Beautifully maintained 3 bed / 2 full bathroom, 3 CAR GARAGE home in the Elk Meadow subdivision in Rigby. Just minutes away from Twin Bridges Park, Heise Hot Springs, the South Fork of the Snake River boat launch, and camping/hiking/fishing! This home is VERY ENERGY EFFICIENT with RADIANT HEATED FLOORS throughout, INSULATED CONCRETE FORM WALLS on the perimeter of the home that are over 12 inches thick, and insulated garage doors! This open-concept home has vaulted ceilings in the living room, dining room, kitchen, and master bedroom. Extra features include a gas insert fireplace, Master Suite, full automatic sprinkler system, covered front porch, RV pad, gas and electric hookups for the dryer and range, heated garage, whole house fan, finished and insulated garage, plum/cherry and large shade trees, and a completely fenced back yard. This home is great for entertaining with the patios and open concept flow bringing the indoors out. There is also a separate fenced area that would be great for a garden, patio, dog run, BBQ area, or whatever you would like! Easy to maintain with brick and vinyl siding and mature landscaping, this home is move-in ready and just waiting for you!

$198,500
2152417 MLS
This is a great building site for someone looking for a larger lot for animals or toys. This area is close to the South Fork of the Snake river with world class fly fishing. Close to skiing, lakes, all out door activities that the beautiful South Eastern Idaho has to offer. Animal permitted. Great water rights. 13 shares of water and good delivery system touching the back of the property.

$249,000
2152414 MLS
Location, Location, Location!!! Highway 20 frontage industrial/commercial lots!! Great visibility! Have everyone see your business as they drive by! Lot is located next to the FedEx building in Rigby. This amazing property is zoned light industrial, come bring your new business venture here. Lot size is 2.07 acres. Great HWY 20 views.

$575,000
6 Beds ⋅ 3 Baths ⋅ 2152408 MLS
This custom home by RD Homes Inc has a spacious floor plan with 6 bedrooms, 3 full bathrooms and a 3 car attached garage. This home will have time bathrooms and custom kitchen cabinets. Call the Listing Agent to see what else this home has to offer.

$799,900
7 Beds ⋅ 4 Baths ⋅ 2152392 MLS
Welcome to 240 N 4026 E! This beautiful home is located in the Briarwood neighborhood in Rigby. Situated on an acre, this property is unmatched, complete with a four bay garage, a detached shop, gardening areas, and plenty of room, all on a quiet Cul-de-Sac! Upon entering, you'll find a beautiful open concept space! The spacious living room, complete with a gas fireplace, is the perfect place to gather and entertain. The large kitchen and eat-in dining room sport two ranges, a large island with breakfast bar, and a China nook! A pantry and mud room ensure there is no shortage of storage space! The main floor master suite consists of a huge double vanity bathroom with a soaker tub, standup shower, and a walk-in closet! Upstairs is the perfect family space! Four bedrooms, a loft, and a full bathroom, all central off of a spacious family room. The basement has two additional rooms, a full bathroom, and both a family room AND a theater room! This house is unmatched, with multiple office, dens, and craft rooms. Outside is great entertainment space! A covered porch and a covered deck, a firepit, sandbox and playground, and paved walkways! There are so many unique features and great detail in this home, come see for yourself!

$89,900
2152386 MLS
Beautiful half acre lot to build your custom dream home with room for a shop and nestled outside city limits for your privacy