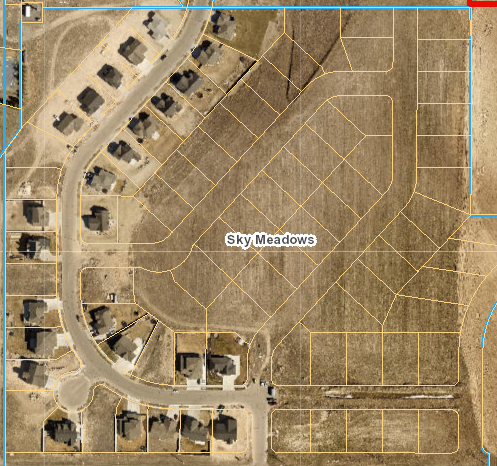 The Sky Meadows Subdivision was developed originally right about the time of the 2008 recession. Many of the people living in Rexburg at the time will remember the one lonely house that sat in that subdivision all by itself for many years. It was originally developed by Blue Ox development out of Utah. Around 2015, Rick Robinson and Travis Greene approach the developers about assisting with the development of the subdivision. They were able to successfully market the subdivision and bring in home builders to build spec homes.

Some of the homes in the subdivision were built by Copper Creek Homes, others by a builder out of Utah, and most recently New Peak Construction. As you can see in the image above, there are many more lots that have been platted but never developed. The undeveloped ground is still owned by Blue Ox out of Utah.

Streets in this subdivision include Stone Drive and Clover Ct.