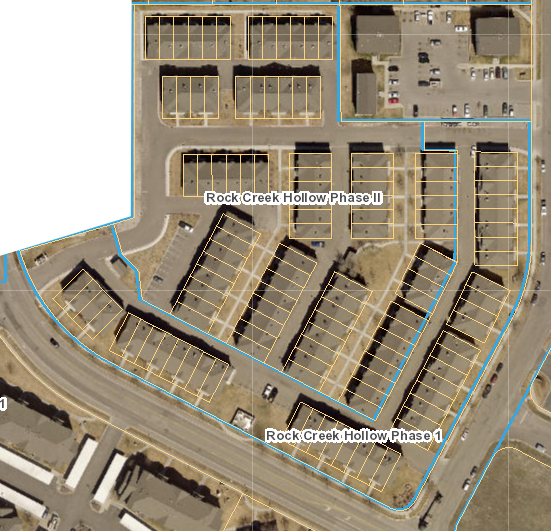 Rock Creek Hollow, better known as Rock Creek townhomes, where another example of a housing project at a difficult time. The first phase was recorded on January 1 of 2007 and consisted of six buildings. These buildings faced Pioneer Road and Mariah Avenue. The project stalled for many years because of the recession. However, once the economy recovered the project was alive again with its popularity growing even greater than before.

These are some of the best floorplans for a townhome in Rexburg. The design of these townhomes adds a great feature that was missing with so many other layouts. The master bedroom in these townhomes is enormous. All of the townhomes feature two car garage in the rear of the unit, green space between some of the buildings, and have historically had a lower HOA than most other townhomes in the area.

The address for all of these townhomes is 565 Pioneer Rd., each having its own individual unit number. These units feature air conditioning, alleyways to access the garage, and are conveniently located off Pioneer Road in Rexburg. These have been extremely popular units for investors, first-time homebuyers, or even families needing a home with extremely minimal maintenance.

These townhomes were widely photographed during the Chad and Lori Daybell investigation as Lori Daybell was living in one of these units. However, it was a very short period of time that she lived here.